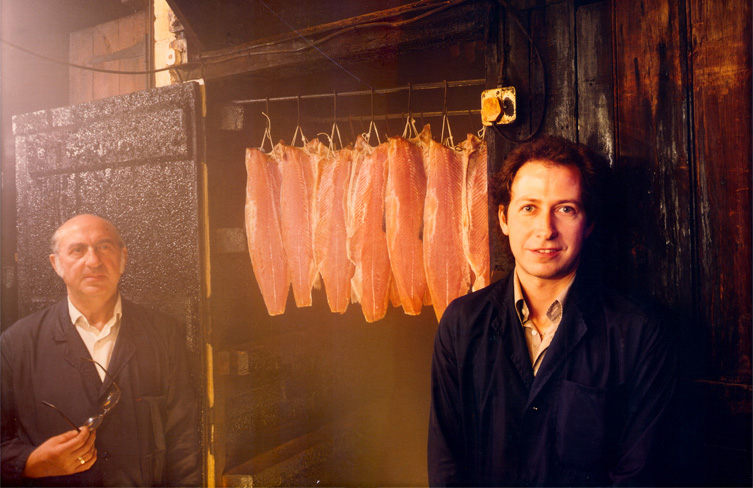 One of our favourite products is Goldstein’s Smoked Salmon, and it has become a firm favourite for our home delivery customers too!

The Goldstein family started smoking salmon in 1911 and is arguably the oldest established family of salmon curers based in the London area and possibly the world.

Wolfe Goldstein, at the turn of the 20th century was widely recognised as the most skilled salmon filleter and curer in London. His daily visits to The Old Billingsgate Market gave him the opportunity to select the finest quality fish, straight from the rivers of Scotland for his unique and careful curing over slowly smouldering oak dust.

His dream was to have a company of his own and be able to provide his wealth of knowledge and experience direct to the customer. This only came to fruition with the founding of Goldstein Salmon by Wolfe’s son David in 1960.

Over the course of the next 40 years, ably assisted by his son Ian, the business developed and grew, until in January 2000 Ian took the giant leap away from the east end of London and moved into a state of the art factory in Stanmore, Middlesex.

In 2008 the next chapter began when Ian’s son Nick entered the family business. He brought with him a forward thinking attitude and has improved many aspects of the company.

In 2018, Ian took the decision to retire from the day to day operations of the company. He handed over the reigns to the next generation and since then, Nick has taken on the role of Managing Director, and they are now truly in their fourth generation.

This luxurious smoked fish can be used in recipes as well as enjoyed straight from the pack. From hearty favourites like cream cheese bagels, to leafy salads and scrambled eggs. 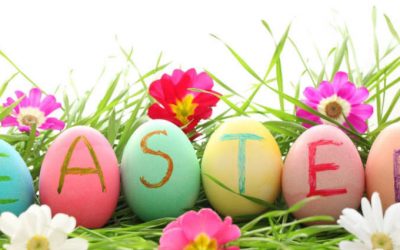 So, we are nearly at the end of March, so we can begin looking forwards to April and the beginning...

END_OF_DOCUMENT_TOKEN_TO_BE_REPLACED 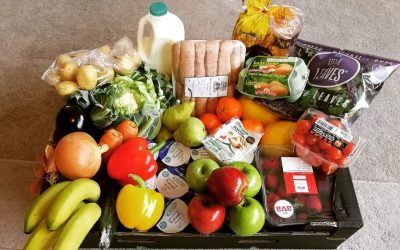 1st March 2021 Spring is finally beginning to show it’s face, the sun is shining a bit more, the...

END_OF_DOCUMENT_TOKEN_TO_BE_REPLACED 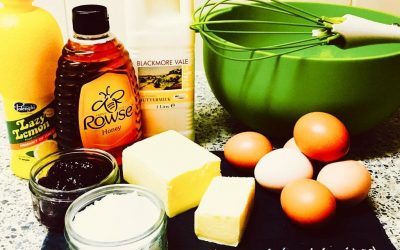